After Fire: Looking Back On Our First Prescribed Burn

13 May After Fire: Looking Back On Our First Prescribed Burn

Posted at 14:09h in Uncategorized by Cy Philbrick 0 Comments
2 Likes 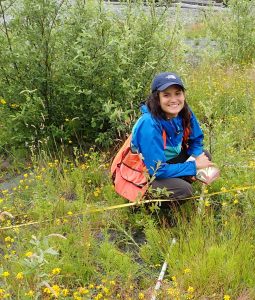 The idea of introducing prescribed fire onto CCC lands was daunting. Indigenous tribes including the Yakama Nation have been using fire for centuries to improve the health of wild spaces, but those of us at CCC had little experience with fire and a lot of apprehension.

Over a decade ago, CCC volunteers restored a 16-acre field to native bunch grass on the western edge of our Snow Mountain Ranch property. Conditions in the field proved to be ideal for Great Basin wildrye — maybe a little too ideal. Though it comprised only 30 percent of the initial seed mix, the wildrye grew into a dense monoculture. The grass stood well over five feet tall, and mats of dead vegetation from seasons’ past covered the ground. The field had lost some of its habitat value in terms of forage quality for deer and nesting habitat for birds. What had CCC most concerned was the large amount of dry, dead fuels that posed a wildfire risk.

The grass was so dense that the blades of small to mid-size mowers were likely to get bogged down, and the costs of mobilizing a large mower were impractical. Grazing the field also proved a non-starter — a local rancher informed us that the stand was simply too old to be palatable for cattle. He likened it to eating cardboard.

Ryan Anderson from the Washington Resource Conservation and Development Council (WA RC&D) proposed the idea of using fire. He helped connect us with D.J. Goldsmith, the deputy fire chief for the Yakima Fire Department. D.J. saw a valuable opportunity: Local fire departments could use a controlled burn as a training exercise to prepare for the upcoming wildland fire season. D.J. worked to create a burn plan and organize logistics with local fire departments.

CCC staff worked hard to put out press releases, communicate with neighbors of Snow Mountain Ranch, and coordinate with partners in the burn. One concern, brought to our attention by Scott Downes of the Washington Department of Fish and Wildlife (WDFW), was the possibility that songbirds may be nesting in the field. The field was probably too dense for birds to access nesting sites but hurting baby birds was not a happy prospect! A few days before the scheduled burn, we conducted a survey for nesting birds. Staff dragged a rope through the tall grass. Volunteers followed close behind to identify any nesting sites or flushed birds. This is a short video demonstrating the bird survey method.

Not a single bird flew from the field, reassuring us that there was likely no nesting taking place.

Together with Rick Woodall of the Highland Fire Department, D.J. led a highly successful burn on April 3, 2022. CCC staff and volunteers had the exciting opportunity to watch the burn from the parking lot. Above are some images from the day.

You can also watch video of the burn here:

So, what next? Our main concern following the burn was that the wildrye may not adequately resprout, allowing invasive weeds an opportunity to colonize the field. So far, the wildrye appears to be resprouting vigorously following the burn. CCC will monitor the field throughout the growing season and address any need for invasive species removal or replanting. CCC is actively exploring future management options to introduce more species diversity and prevent the field from quickly returning to its pre-burn state. One option could be to partner with local ranchers to introduce grazing into the field- a job usually performed by elk. Elk cannot access Snow Mountain Ranch due to a necessary WDFW fence which contains elk to public land west of agricultural areas.

This experience was an invaluable and highly positive learning experience for CCC. We want to send a huge thank you to our local partners: firefighters from the Yakima, Highland, Naches, and Nile Fire Departments, the Washington RC&D, and WDFW. Also thank you to the volunteer Stewardship Committee who provide expertise and guidance to CCC staff.